Integer quantum Hall states interacting with a superconducting electrode, are predicted to form Andreev edge states. This effect is expected to exhibit an oscillatory interference pattern in the longitudinal resistance, measured with respect to the grounded superconducting lead. In InSb-based two-dimensional electron gases we observe pronounced longitudinal resistance oscillations. However, we verify that the origin of such oscillation is not related to the superconductivity, but rather, transport through the bulk in the disordered quantum Hall regime. Understanding the origin and location in parameter states of these oscillations is important to clearly distinguish between trivial and superconducting effects in the quantum Hall regime. 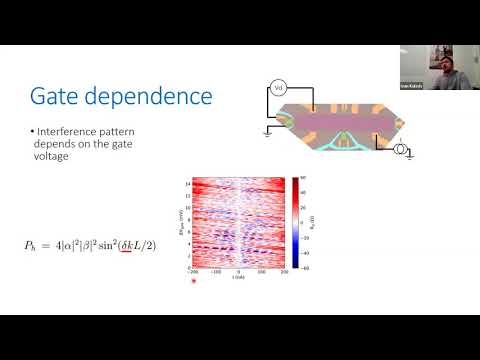