Download the preset: https://axechange.fractalaudio.com/detail.php?preset=8788
Starwards I & II appeared a year or so ago, mainly as the result of trying to jam as many CPU-intensive reverb and delays into a single preset as I could, to see if the machine would give up. It didn't. I was reminded of these by a friendly bloke who asked if I planned to update these presets now that Cygnus was upon us. So here is Starwards IV, having already eclipsed a III version that I put together yesterday (not videoed). These scenes are meant to be floaty. They're meant to have minimal input from the guitar in order to create big, wide textures. However, you may find other uses for them - or none at all. Regardless, I hope you have some fun with Starwards IV. Oh yeah, the scenes are named after people or places referred to in Tolkien's 'Silmarillion', one of my favourite reads. Cheers.

You will need whatever the very latest Axe-Edit and Axe-FX III firmware is to run this preset.

This video was made for fun. No money or goods coming my way, unfortunately. Rock on. 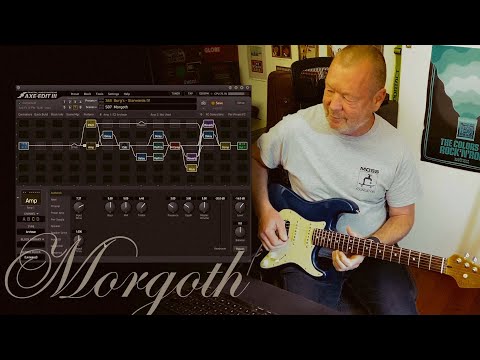 Download the preset: https://axechange.fractalaudio.com/detail.php?preset=8788 Starwards I & II appeared a year or so ago, mainly as the result of try...