https://colomboaudioelectronics.it/prodotto/ingot-treble-booster-il-lingotto/?lang=en
Luca Colombo is a mad Brian May fan and, luckily for us, a brilliant electronics engineer. The Ingot is Luca's take on two treble boosters, one slightly fatter and a couple of dB louder than the other. You can use them individually or stack them. Both have their unique charms and both feature a single level control with which to pummel your amp. If you've never owned or tried a good treble booster the Ingot is a very good place to start. I won't be moving this one on, that's for sure. 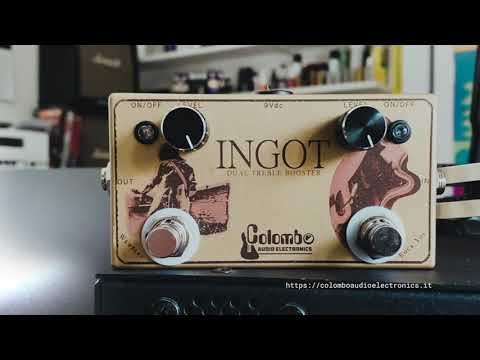 https://colomboaudioelectronics.it/prodotto/ingot-treble-booster-il-lingotto/?lang=en Luca Colombo is a mad Brian May fan and, luckily for us, a brill...