Danny Willett celebrates his birthday in style as he wins his 8th European Tour title at the Alfred Dunhill Championship.

After a week off, The Race to Dubai heads to Scotland for the return of the Alfred Dunhill Links Championship. With Ryder Cup players coming over to play straight from Wisconsin and others returning after a week of rest, there is a star-studded field set to play this unique event. The tournament is played over three separate courses for the first three days at Carnoustie, Kingsbarns and The Old Course in St. Andrews, followed by a final day at the Home of Golf. Shane Lowry was one of the shining lights of the losing European team last week and has not missed a cut since the Arnold Palmer in the Spring. Tommy Fleetwood did not have the best week at Whistling Straits but finished T2 and T12 in the two European Tour events prior to that. He also grew up playing links golf and has a strong record in this event, finishing 2nd on two occasions. Meanwhile, Tyrrell Hatton is another player looking to bounce back from Ryder Cup disappointment and there is no better place for the six-time European Tour winner to do that. 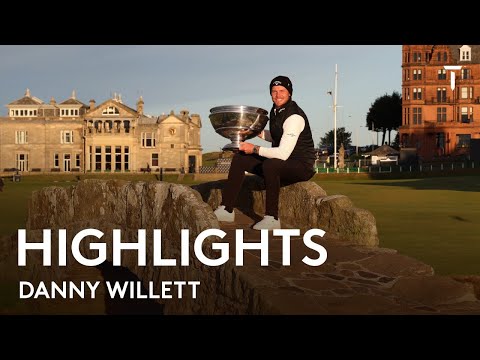 Danny Willett celebrates his birthday in style as he wins his 8th European Tour title at the Alfred Dunhill Championship. ► SUBSCRIBE: http://et.golf/...