On June 15, 2021, Mark Phillips reviewed the Cambridge Audio DacMagic 200M ($499 in the United States) for SoundStage! Access and wrote: "It’s a jack of all trades—other DACs in its price range might do one or two things better, but you’d be hard-pressed to find something anywhere near its price that does everything as well as does the DacMagic 200M."

Now Jay Soulsik give you his second impressions in this video, which indicates he liked the DacMagic 200M even more than Mark did. Watch and learn! 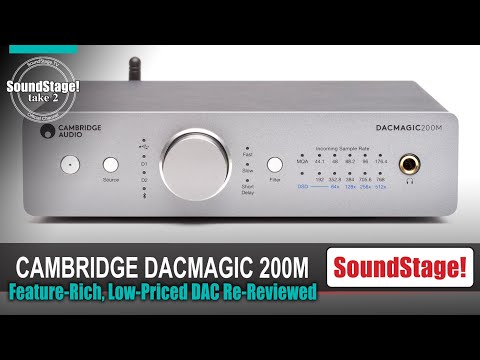