The guitar (Fender Stratocaster) ran through a Cry Baby Wah pedal, compressor, noise gate and Zoom multi-effects pedal before being sent to the amp input.

The output from the looper was monitored through the headphone jack of a PreSonus audio interface connected to the stereo outs of the looper.

Audacity software was used on the track, which was copied out of the looper from the USB connector on the looper, to bring the track's sound level up to proper volume using compression and to tail-off (fade) the end of the track. Some EQ'ing was done in Audacity as well. 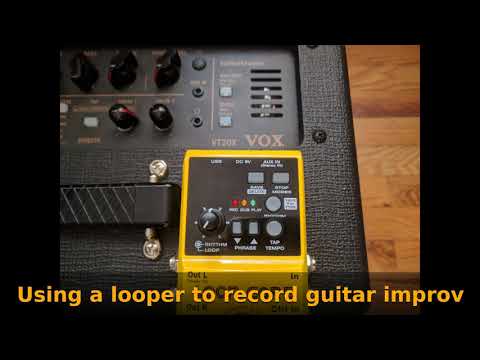 A little experiment---a down-n-dirty recording using my Nu-X Looper to record guitar and a backing track ,simultaneously and mixed together in the loo...