Back in September, NAD launched a new “budget” streaming amplifier that brings the whole BluOS ecosystem within reach of audiophiles on a budget. The NAD C 700 is a compact audio system powered by HybridDigital UcD amplification with 80-Watts per channel. It’s controlled via the BluOS smartphone app and has a wealth of inputs and other features that make it a versatile little performer. As befits a budget version of NAD’s revolutionary streaming amplifiers, this new model doesn’t have the same level of no-compromise build quality that the more expensive Masters Series M10 offers, but the compact aluminum casing of the unit is of excellent quality as is the 5-inch color LCD screen for displaying album art and system info. The front of the C 700 is minimalist with a large volume knob and a couple of selector buttons. That’s it. That’s all you get. Most of the unit’s functions are controlled via a smartphone or tablet running the excellent BluOS app. Additionally, the unit can be controlled using almost any remote control as the C 700 can learn the signals from any IR remote and apply them to the various functions. NAD also makes a superb remote control that can also be used to drive the C 700, but it is an optional extra and not included in the box. The C 700’s highly efficient UcD amplifier design is ultra-low noise and low distortion right across the entire frequency range, regardless of the loudspeaker load. This unit doesn’t mind what sort of speakers it’s driving, it will just adjust to make the best of things. Using NAD’s HybridDigital UcD amplifier technology, the C 700 can deliver 80-Watts per channel of continuous power and a burst of up to 120-Watts of instantaneous power when needed. Designed for streaming, the BluOS system at the heart of the C 700 can access all the music streaming services you can think of, including my two hi-res favorites TIDAL and Qobuz. In addition to its streaming capabilities, the C 700 has physical inputs for attaching other audio sources to create a compact hi-fi system that can handle almost any musical source. For starters, there are a couple of RCA Phono stereo inputs for hooking up a tape deck, radio tuner, phono preamp or almost any other analog source you can think of. There are also inputs for coaxial and optical digital devices like a CD player, plus there’s an HDMI connection with eARC CEC for hooking up the audio from a TV. Thanks to support for CEC, the volume, power and mute functions on the C 700 can be controlled using the TV remote. When it comes to wireless streaming with a smartphone, tablet or computer, the NAD C 700 supports Bluetooth aptX HD and Apple AirPlay 2 so the system can be part of a multiroom audio setup using almost any other speakers that play nicely with AirPlay 2. Additionally, there’s support built in for Spotify Connect and TIDAL Connect.


All data is taken from the source: http://forbes.com
Article Link: https://www.forbes.com/sites/marksparrow/2022/04/06/nads-new-c-700-streaming-amplifier-is-star-just-add-speakers/ 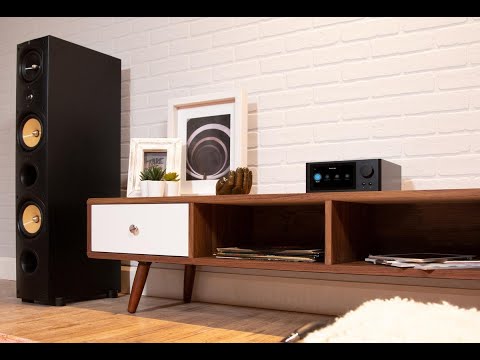 Back in September, NAD launched a new “budget” streaming amplifier that brings the whole BluOS ecosystem within reach of audiophiles on a budget. The ...