In this exclusive NAMM / Believe in Music interview, Gibson TV host Mark Agnesi talks with Heart co-founder and Rock and Roll Hall of Fame member Nancy Wilson. In their wide-ranging discussion, Mark and Nancy talk about when she started playing, her musical influences, her first guitar, and her first Gibson Les Paul. While 50% of guitars sold today are sold to females, Nancy describes what it was like dealing with the "boys club" mentality of other guitarists in her early years when female players were less common.

Mark and Nancy also discuss the legendary acoustic guitar introduction to Heart's Crazy on You, as well as Nancy's brand-new Epiphone Nancy Wilson Fanatic signature model, including her drawings of the guitar's shape, the features that it has, and the types of guitar and amp sounds that she prefers. They wrap up the interview by discussing the influence that Nancy has had on other guitarists, and her plans for the future, including her upcoming solo album, You and Me, which will be released sometime in late February or early March.

ABOUT EPIPHONE
For over 140 years, Epiphone has been a leading innovator in instrument design with models like the Casino, the Texan, and Masterbilt Century Archtop Collection. Epiphone began as the "House of Stathopoulo" family business in Sparta in the 1870s and rose to fame during the jazz age in Manhattan before joining Gibson brands in 1957. Today, Epiphone continues to make history from its headquarters in Nashville, TN. Epiphones have powered classic recordings by Les Paul, The Beatles, and The Rolling Stones along with today's top artists like Peter Frampton, Gary Clark Jr., Tommy Thayer of KISS, and Lzzy Hale. Epiphone offers innovation, history, and a lifetime guarantee. Whether you are learning your first song in your bedroom, or rocking an arena, Epiphone has always been there, for everyone, for every generation, for every stage. 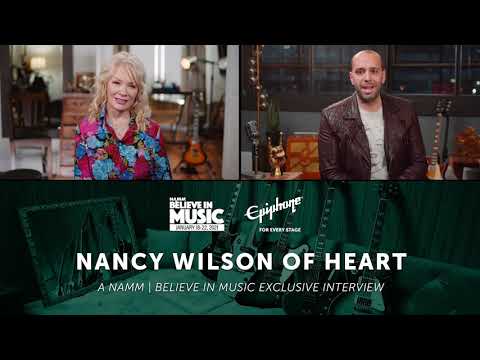