When the American Fender Acoustasonic Telecasters was first announced at Namm a few years ago it received mixed reactions, but they turned out to be extremely popular! So much so, that Fender presold all it's stock! Since then Fender introduced the Fender Acoustasonic Stratocaster and Jazzmaster.
But now, Fender has impressed us again and released the Player Acoustasonic Series! Made in Mexico, these Acoustasonic Telecasters are more affordable but they don't sacrifice the quality. Featuring the same construction as it's American counterpart, apart from a rosewood board instead of ebony, these guitars have a premium build quality! The only thing that is different is the electronics, but the options that are on offer are incredible! You can switch from beautiful classic acoustic tones, to searing Telecaster crunch at the flick of a switch!

❗Want more details on the differences between an American and Mexican Acoustasonic? If so check out our blog❗
» https://blog.andertons.co.uk/labs/fender-american-vs-player-acoustasonic-telecaster 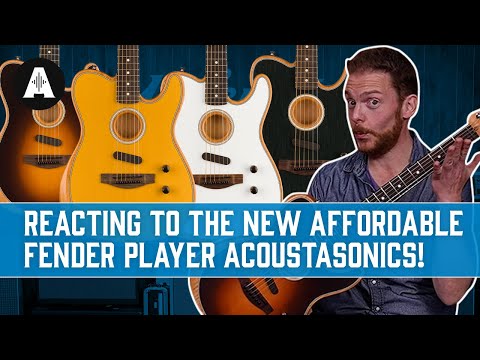