So, most of you will know all about this beast of a unit already. This is more than 'just' an amp-like overdrive pedal; it models EVERY single aspect of tube amp circuitry....negative feedback; ghosting; bright caps; sag; power draw dimming the jewel light; transformer effects; rectification; mains power quirks.....it's all in here!

The results speak for themselves. This is one of the most fabulous sounding overdrive pedals I've ever played. The sound; the feel; the sheer amount of epic amp sounds under the hood....it's amazing.

I've had this pedal for a few years now, but I've always shied away from demoing it...partly because the video would be several hours long if I covered everything; but also because many other YouTubers have already done just that, and much better than I could. So it just never felt necessary.

But today, I wanted to take a slightly different approach. In the manual, Origin give you some 'suggested settings' to dial in the tones of some classic amps, and some named players. So today, I'm going to run through all ten of those. I'm going to stick to just one guitar so we can hear the differences in the pedal rather than differences between instruments (yes, I know it's sacrilegious to play Hendrix-style stuff on a Les Paul!)

What do you think? Does it nail any of the tones? Would you buy one of these? Comment below! 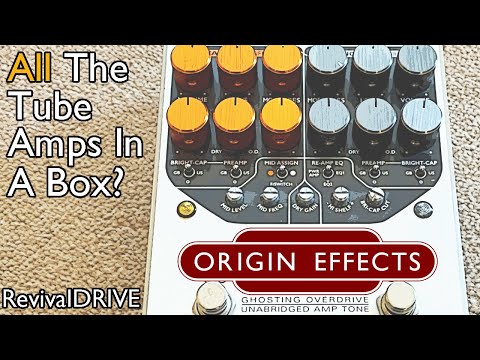 The myth; the legend! Welcome to Simon Keats' £459 box of all-analog, non-master volume tube amp simulation! So, most of you will know all about this ...