Keep watching to look at three of the most fantastic quantum breakthroughs that bring liberation and freedom to the world of science today! Subscribe to Futurity for more videos.

As we advance as a species, there are a lot of things that once seemed impossible a century ago that are now a reality. It’s called evolving. For example, there was a time when most people believed the earth was flat. Then Eratosthenes came onto the scene and proved that the world is round.

At the time, it was groundbreaking. But today, quantum mechanics rules the roost. This school of physics deals with the physical realm on the scale of atoms and electrons; thus making many of the equations in classical mechanics useless. With that being said, let’s take a look at three of the most amazing quantum breakthroughs that are bringing liberation and freedom to the world of science today!

The breakthrough sheds light on quantum computational advantage—which is also famously known as quantum supremacy.But it’s become a hotly-contested tech race between Chinese researchers and some of the largest US tech corporations such as Amazon, Google, and Microsoft.
For example, Google announced in 2019 that it had constructed the first quantum computer that was able to perform a computation in under 200 seconds.

Another major quantum breakthrough is from Denmark; specifically from the University of Copenhagen

The major advantage of light-based quantum computers is that the technology is already put in place for enhancements to be made. This includes increasing the number of qubits available to advance photonic chips that are used in the telecom industry.

And lastly, we move to none other than IBM. According to a groundbreaking study published in Physical Review Research, a group of University of Chicago Scientists has announced that they were able to turn IBM’s largest quantum computer into a quantum material itself.

They programmed the computer in such a manner that it was able to turn into a type of quantum material known as an exciton condensate; whose existence has only recently been proved. Such condensates have been identified for their potential in future technology; mainly because they conduct energy with almost zero loss.

Here at Futurity, we scour the globe for all the latest tech releases, news and info just so you don't have to! Covering everything from cryptocurrency to robotics, small startups to multinational corporations like Tesla and Jeff Bezos to Elon Musk and everything in between! 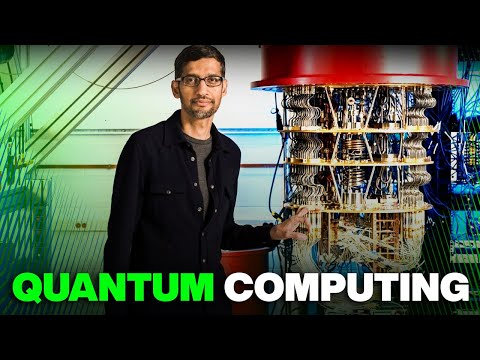 Keep watching to look at three of the most fantastic quantum breakthroughs that bring liberation and freedom to the world of science today! Subscribe ...