For the ham that has never operated out in the field, or the ham who has only used a generator, we
would like to present a simpler, easier, quieter, and more eco-friendly option for powering your field
event -- SOLAR and BATTERY. Be it POTA, SOTA, Field Day, or just enjoying a warm summer day with
your radio.

A solar-powered station can be just as effective as any other form of power for your station. Whether it be a pre-made plug-together kit or a kit-bashing exercise of items already in your junk box, we'll go
through the options and give you the low-down for when the sun is up.

Our Presenter is Brian Cirulnick KD2KLN. For the last few years, a *"Maker"* movement has swept the country prompting people to build gadgets and dabble in Arduino and 3D printing. But Brian has been doing similar things practically since birth when it was called *"tinkering"*. Although he has no formal engineering background, he has a keen interest in all things mechanical and electronic and
has self-taught himself the old-school way -- by taking things apart and putting them back together AND working.

After 40 years of being distracted by running his own business and then doing IT professionally, he
finally became a ham at the tender age of 51 as KD2KLN and is an Amateur Extra.

Brian has been FLARC's Quartermaster. 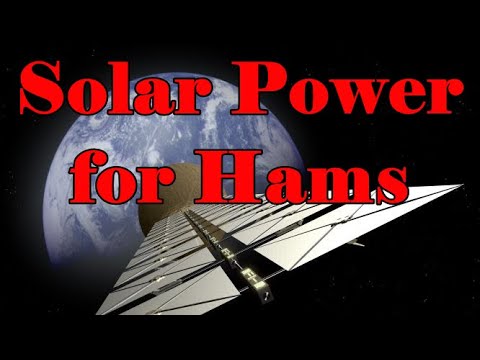 Please be sure to follow us! *HIT SUBSCRIBE & the BELL set to RINGING for NOTIFICATIONS!* Brian Cirulnick KD2KLN Discusses “Setting Up a Solar Powered...