►Tesla has increased the price of Tesla Model 3 and Tesla Model Y by $1,000 in a new round of price adjustments. The company also updated the free paint options for its two best-selling cars.
Model 3 RWD previously known as Model 3 Standard Range Plus, now costs $44,990 without options. Model 3 Long Range and Model 3 Performance are now priced at US$50,990 and US$58,990 (without options). Model Y Long Range variant has also increased by $1,000, and the price of the car is now $57,990 (with no options). Finally, the current price of Model Y Performance is $62,990 (before options). The price increase of the 2022 Model 3 and 2022 Tesla Model Y indicates that Tesla may still face supply challenges. In addition to the $1,000 price increase, Tesla has added another free color option. Now, Model 3 and Model Y reservation holders can choose Midnight Silver Metallic or Pearl White Multicoat as free color options. The new free color options show Elon Musk’s ability to quickly implement changes at Tesla. A Tesla owner suggested changing the default-free colors because there are already too many white Model 3 and Model Y on the road. Later that month, the source code of the Tesla app revealed three color options for Giga Berlin. The three color options for Giga Berlin are Deep Crimson Multicoat, Abyss Blue Multicoat, and Mercury Silver Metallic. The silver paint color may be a free choice for Giga Berlin bookers. Tesla may have been inspired by this and chose Midnight Silver Metallic as a free color choice in North America. Giga Shanghai’s free paint option is Pure Black.
On the other hand, Tesla Model Y sold out in the United States for the rest of 2021, indicating strong demand for all-electric crossovers.
►A quick search on Tesla’s US order page shows that the estimated delivery date for Model Y Performance is now January 2022. The expected delivery date of Model Y Long Range is even later, that is, June 2022. Tesla hopes to make Model Y the best-selling car of any type in the world by next year or 2023.
Tesla Giga Texas and Giga Berlin are expected to contribute significantly to the company’s Model Y goals. The two new Tesla Gigafactories are expected to start operating Model Y production lines. Tesla’s goal is to produce Model Y cars equipped with structural battery packs and 4680 batteries in Giga Texas and Giga Berlin.
After showing the public last month a potentially new battery, Panasonic is preparing to mass-produce its 4680 battery next. The 4680 battery is critical to Tesla’s plan to become a legitimate mass manufacturer of high-quality electric vehicles.
►According to Tesla News, the company has been improving the production of the 4680 in trial production on Kato Road near the Fremont factory. Based on some updates related to the 4680 battery, the company seems to have made significant progress recently. For example, in September, Tesla launched the recruitment plan for its 4680 trial production line, implying that production capacity will increase.
Battery production equipment has also recently arrived in Giga Texas.
According to Panasonic, Tesla’s 4680 batteries have proven that they have five times the capacity of the smaller models. The Japanese battery manufacturer plans to start trial production of 4680 batteries in Japan by March 2022.
The next few years of Tesla’s growth, which would be represented by the rise of vehicles like the Cybertruck and the Semi, would likely determine just how much potential the 4680 cells really have.
►A recent drone shot of Shanghai Gigafactory shows that the number of brand new cars parked in its parking lot on October 28 a record 2,150 vehicles. Also, the factory’s warehouse was crowded with car transporters waiting for vehicles.
The Fremont factory is also bustling with activity, with a video released a few days ago revealing a constant stream of car carriers weaving in and out of the facility and holding lots filled with vehicles, including some brand-new Model S and Model X units.
Another sign of Tesla’s fourth-quarter record is the reported daily output of the Shanghai Gigafactory: more than 1,600 Model Y crossovers and more than 2,000 Model 3 sedans. 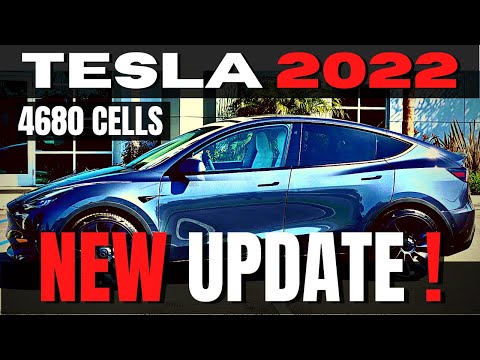 ►Tesla has increased the price of Tesla Model 3 and Tesla Model Y by $1,000 in a new round of price adjustments. The company also updated the free pai...