€179.00 for a single channel amp sim that doesn't have a gate or the ability to switch an IR? If it wasn't created by the guy who recorded In Flames and At the Gates, I wouldn't even give it a second thought! Hang on to your wallets, this one's going to be interesting!
Grab it at https://fredmandigital.com/ At €179.00, it ain't cheap!

Disclosure: I received a copy of this plugin, but no cash has exchanged hands. My opinions are my own & Fredman Digital has no influence over the content of this video.

About Spectre Sound Studios:
I'm Glenn Fricker, engineer here at Spectre Sound Studios. I love making records, and after doing it for sixteen years, I want to pass on what I've learned. On my channel you can find tutorials on how to record guitar, bass, real drums and vocals. There's reviews and demos of tube amps, amp sims, drums, mics, preamps, outboard gear, Electric Guitar, Bass Guitar, and plugin effects.
We've covered Moon on the Water, played Bias FX, given you the absolute best in Stupid Musician Texts, ranted & raved about bass guitar, and this channel is where The Eagle has Landed.
Everything you've wanted to learn about recording Hard Rock & Heavy Metal can be found right here on this channel!

I also respond to your comments & questions: The best make it into the SMG Viewer's Comments series of videos. Loads of fun, lots of laughs. 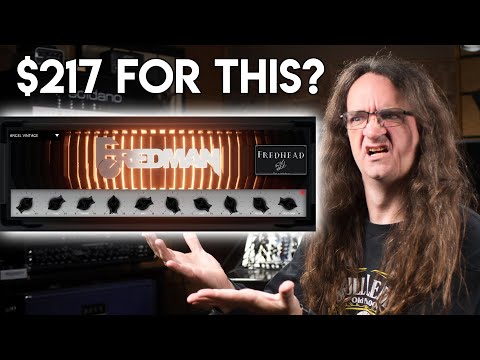 €179.00 for a single channel amp sim that doesn't have a gate or the ability to switch an IR? If it wasn't created by the guy who recorded In Flames a...